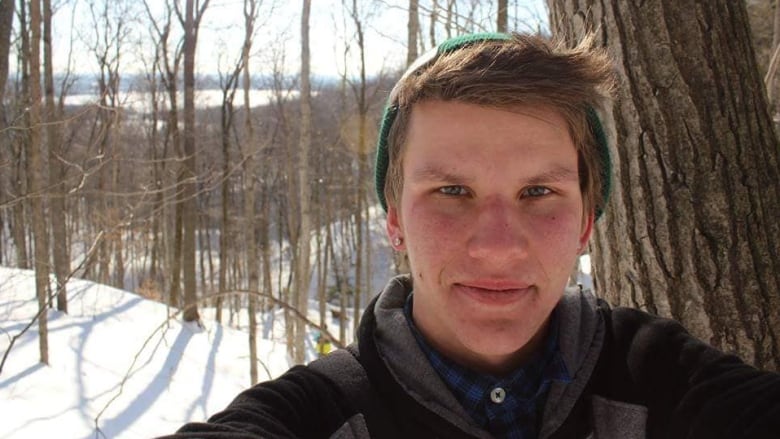 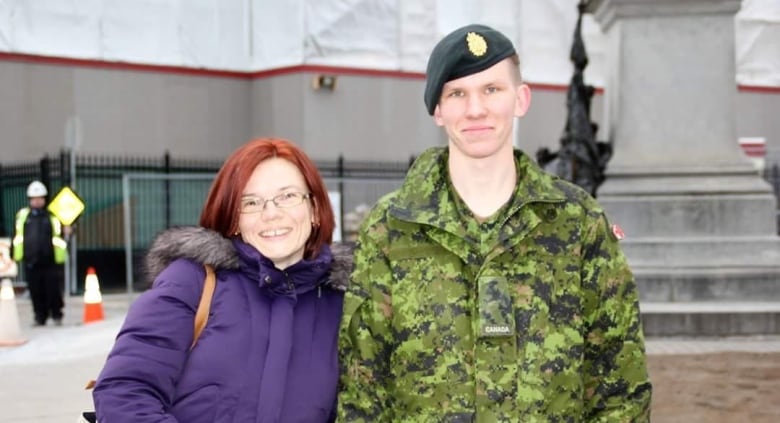 Jason Simon in a picture posted by his mother on a social media memorial for her son. An inquest has been called into his 2016 suicide. (Supplied)

The coroner for Ontario's eastern region has ordered an inquest into the death of Jason Renato Simon.

The 20-year-old took his own life in his Ottawa residence in February 2016 after weeks of accessing multiple mental health services, according to a statement from the coroners' office.

The inquest will be held to examine the circumstances that led to Simon's death and make recommendations to prevent similar deaths moving forward.

The inquest is being welcomed by his family and comes mere days after what would have been Jason Simon's 23rd birthday.

His mother Margit said the family has been dealing with heartbreak and unanswered questions. She said health care professionals should have done more to help him.

"Nobody believed him. Nobody listened and he gave up," she said.

"We're hoping there are going to be some big changes in the health care system that will help other patients —​ they're not going to be turned away."

Margit Simon, left, and her son Jason Simon. He was a member of the Canadian Armed Forces with the 30th Field Artillery Regiment (Supplied)

Simon grew up in Windsor, Ont., and was studying criminology at Carleton University at the time of his death.

He was also a member of the Canadian Armed Forces with the 30th Field Artillery Regiment.

His mother said he was a compassionate and empathetic person who tried to help others.

"He was like a magnet and a sponge, he just took on everybody's pain and he wanted to help," she said.

The inquest will begin on Jan. 22 at Ottawa City Hall. Margit said she plans to attend every day.


Need help? Here are some mental health resources in the National Capital Region:

'He didn't tell us the dark side,' mother tells inquest into Carleton University student's suicide 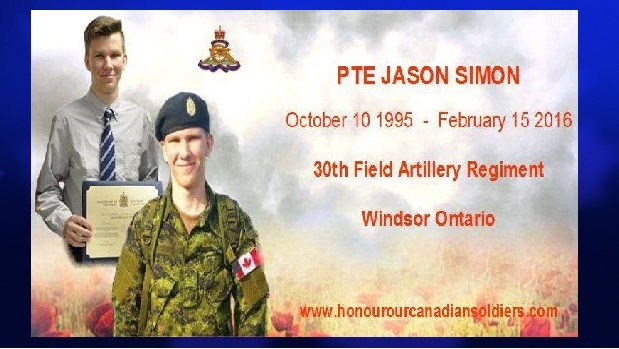 An inquest has started in Ottawa to examine the death of a young man originally from Windsor.

Jason Renato Simon was just 20 years old when he took his own life in February of 2016.

The Windsor native was in Ottawa, studying at Carleton University, and was a reservist in the nation’s capital.

According to the Ottawa Citizen, Simon’s mother Margit told the inquest if someone had believed how much he was suffering with mental health, her son might still be alive.

The inquest heard Simon tried to commit suicide but called a crisis line for help at the last minute.

He spent 72 hours in hospital but was released because doctors determined he was not a danger to himself. Simon took his own life two weeks later.

The inquest will look at ways to prevent these types of deaths in the future.

Three weeks have been set aside for the inquest.

Jason Renato Simon was in this third year of criminology studies at Carleton University.

A 20-year-old Carleton student who took his own life in February 2016 appeared calm and collected only hours after he called a suicide hotline and was taken to hospital following a “mini-standoff” with police.

Doctors, psychiatrists, police officers, social workers and mental health counsellors have been among the witnesses at an inquest into the Feb. 15, 2016 suicide of Jason Renato Simon, 18 days after he had been taken to hospital by ambulance to be assessed.

Much of the first four days of the inquest this week has revolved what happened on Jan. 28 and 29, 2016. On those days, Simon appeared to go through a series of crisis points, but was soon able to dial down his distress.

Simon loved travel, photography, music, snowboarding and nature. His death has been a mystery to his family. His mother, Margit Simon, who was called as a witness Tuesday, said the family learned of his struggle only weeks before his death.

The purpose of the inquest is two-fold: to consider new and innovative suicide-prevention strategies and to review a death in which a person used multiple psychiatric resources over a short period of a time, as Simon did.

Simon called 911 from his car near Kingston on the morning of Jan. 28, 2016, saying he had thoughts of suicide. The OPP officer who attended the call and took him into custody to be examined at the Kingston General Hospital said Simon mentioned that there had been “drama” in a long-distance relationship with a girlfriend from Michigan who had just departed to return home.

Simon was released from the hospital soon after. Later that day back in Ottawa, he spoke to his family doctor, who requested that he be assessed as a psychiatric emergency under a Form 1, an application for a psychiatric assessment under the Mental Health Act. Form 1 allows a hospital to hold a patient in danger of harming themselves or others for as long as 72 hours.

But the psychiatric resident who assessed Simon at the Civic campus of The Ottawa Hospital and the psychiatrist she consulted with heard that Simon was sleeping and eating well, was happy with his work as a reservist with the Canadian Armed Forces and looking forward to the future. They concluded Simon should be discharged.

The next morning, Simon had the standoff with police and was admitted to the psychiatric emergency unit at the Civic campus.

Dr. Keith Anderson, the psychiatrist who discharged Simon three days later, told the inquest that nurses reported that Simon had been calm and co-operative. Although he had requested that his admission be confidential, a friend called his mother, who drive nine hours form the family’s home in Windsor to be with her son.

Nurses observed that Simon’s mother and sister spent considerable with him. He was settled and co-operative, and appeared to be writing in a journal, as the admitting psychiatrist had suggested. He was sleeping and eating the takeout meals that visitors brought. On Jan. 30, someone called from Michigan to say she was “thinking of him.”

The following day, Simon was polite and smiling. Nurses noted that there were no signs of distress.

Anderson reviewed the nurses’ notes on Feb. 1 and spoke with Simon. He saw no evidence of anger, impulsivity or depression. Simon said his relationship with his girlfriend was over, but there was no sign of distress over it.

Anderson told the inquest that he felt Simon was “struggling” and found that making decisions was hard.

The Form 1 had technically expired. Anderson told the inquest that Simon was not actively suffering from an ongoing major psychiatric disorder and did not have to be hospitalized. He had a supportive family and roommates and trusted his family doctor and mental-health counsellor at Carleton. Simon had remained stable over the weekend and appropriate treatment was in place. “Getting help is half the battle,” Anderson said.

Anderson said Margit Simon asked if he could guarantee that her son would not kill himself. “I couldn’t do that,” Anderson told the inquest.

Some potential suicide prevention strategies have been discussed so far at the inquest, including dialectic behaviour therapy — which requires a long-term commitment — and a short-term stay unit that would give psychiatric patients more intensive assessment and discharge planning.

Asked for his thoughts, Anderson recommended extending adolescent services to the age of 24, and courses to help adolescents navigate transitions.

A more “adolescent-oriented” treatment would have been appropriate for Simon, said Anderson. He pointed out that some jurisdictions define “adolescence” as up to 24 or 25 years of age.

“It’s not a revolutionary thing.”

The inquest resumes Monday and is expected to wrap up on Feb. 1.