The Canadian Forces is examining its files to try to determine which military personnel were referred to a Kingston, Ont. dental clinic now at the centre of concerns about infectious diseases.

About 2,700 patients at the dental clinic are being advised by the local health authority to get tested for hepatitis B, hepatitis C and human immunodeficiency virus (HIV) after an inspection showed proper cleaning and sterilization of dental instruments had not been occurring, the Kingston Whig Standard’s Elliot Ferguson has reported.

The inspection on Jan. 16 was prompted by a complaint the day before to Kingston, Frontenac and Lennox and Addington Public Health about possible problems with infection prevention and control (IPAC) practices at Dr. Ken Luco Dentistry Professional Corporation, Unit 2, 760 Highway 15, according to a news release from public health. No incidents of hepatitis B, hepatitis C or HIV transmission at the dental clinic have been reported.

Nevertheless, health officials are advising patients who received care at the clinic between Jan. 1, 2010, and Jan. 16, 2019, to talk to their family doctor about testing for blood-borne infections.

Brigadier-General Andrew Downes, Surgeon General and Commander of Canadian Forces Health Services Group,issued a statement Tuesday confirming that a number of military personnel had been treated at the clinic. “We are working with Kingston, Frontenac and Lennox & Addington Public Health on this matter, and we are reviewing our referral records to identify all members who were treated at this clinic between Jan 2010 and Jan 2019,” Downes said in the statement. “Those members will be contacted directly with a recommendation to see their health care provider.”

Re: Military investigating which personnel were referred to clinic at centre of infectious disease concerns 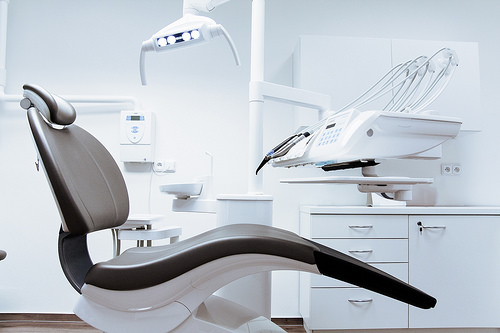 A health scare for military members in Kingston has prompted a response from the Surgeon General and Commander of Canadian Forces Health Services Group.
Brigadier-General Andrew Downes issued a statement following a recent public health notice regarding a dental clinic in Kingston where a number of Canadian Armed Forces patients were treated.
He said they have been informed that a recent public health inspection identified improper cleaning and sterilization of dental instruments, which could result in blood-borne infections like Hepatitis and HIV. While no such infections have been reported and the risk is considered low, they are taking necessary precautions to ensure the health and safety of these CAF members.

They are working to identify all members who were treated at the clinic between January 2010 and January 2019.