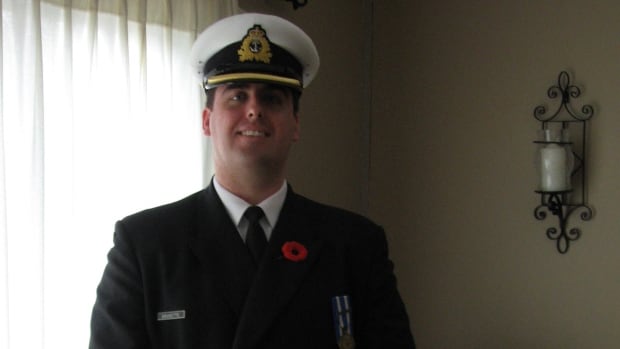 Retired lieutenant Alan Doucette, 36, of Moncton, N.B. His doctors and Veterans Affairs say the health conditions that led to his medical release from the military were brought on by exposure to mould and "volatile organic compounds."

A former sailor with a debilitating lung condition doctors say was brought on by exposure to mould aboard two Canadian warships is suing the federal government, CBC News has learned.

The legal case comes as the navy has revealed air-quality tests conducted aboard one of its frigates last summer showed unacceptable levels of mould in at least three ships' compartments.

Doucette served on destroyers that are now retired, but told CBC News in an interview that he launched the court case because conditions that made him sick are still present on active ships.

He was medically released from the navy in 2012 after being deemed unable to go to sea.

"I lost my career due to the illness caused by the navy's negligence," he said.

"All of those people on board those ships … are still working in the conditions that ended my career."

Veterans Affairs recognized his hyperactive airway disorder was brought on by exposure to toxic substances, including mould and possibly diesel fumes, during his service.

The statement of claim, a copy of which was obtained by CBC News, accused the navy of "systemic negligence."

Officials knew or ought to have known "about the staggering mould growth on both [HMCS] Athabaskan and [HMCS] Iroquois," said the court filing, dated Dec. 6, 2017.

The lawsuit also alleged the navy "failed to take appropriate action in order to ensure the health and wellness of the service men and women under its employ."

None of the claims have been proven in court.

CBC News first reported on the infestation of mould aboard warships — and the navy's attempts counter it — in the summer of 2016.

In the beginning, senior navy officials insisted there were no reports of health issues associated with the blight. But later, in the summer of 2017, CBC News profiled Doucette's health complaints and the fact that Veterans Affairs recognized his condition as being attributable to his time in the navy.

National Defence was asked through access to information requests to provide copies of environmental and health assessments to back up its assurances. The requests have gone unanswered for over 18 months.

"General statements like that have to be backed up. Don't they? Wouldn't you expect proof of inspections and results of those inspections?" said Murphy. "Those reports must exist if senior naval officers said there was nothing to worry about."

National Defence may not feel compelled to handover the documents to CBC News, but will have to answer the Federal Court, he added. 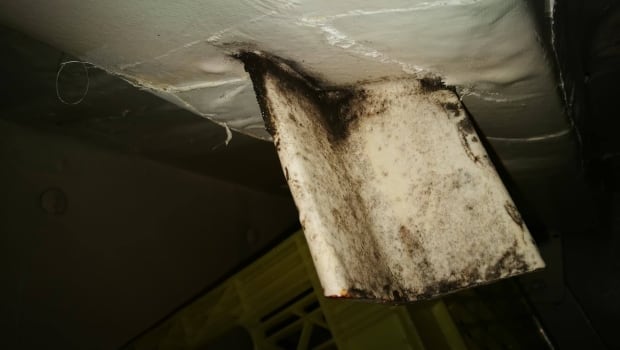 A mould-encrusted fixture near a ventilation shaft aboard the now-retired HMCS Athabaskan is shown in this 2013 file photo.

However, the case is expected to have far-reaching implications for the navy, particularly in light of the fact that last summer it instituted a series of air-quality checks aboard its patrol frigates.

Commodore Simon Page, in an interview with CBC News, said the result of the tests performed on HMCS Winnipeg by a deployable health-hazard team showed unacceptable concentrations of mould in the air conditioning plant that feeds the warships operations room, the toilets and a solid waste storage compartment.

"Three compartments with similar conditions; our ships operate in a very humid and warm environment, the ships are very compartmentalized, so therefore the conditions for general mould growth are somewhat idea on board the platform unfortunately," Page said.

The rest of the ship checked out fine and sailors have nothing to fear, he said.

"Should they be worried? I don't think so," Page said.

"I can tell the sailors that we are doing all we can to make sure that our platforms are good to go in all respect."

The navy has also instituted a number of engineering changes intended to reduce the humidity in each warship. The first part of the overall strategy — reducing the drainage in the air conditioning system — is completed on all 12 frigates.

Further improvements are planned to the ventilation system itself. 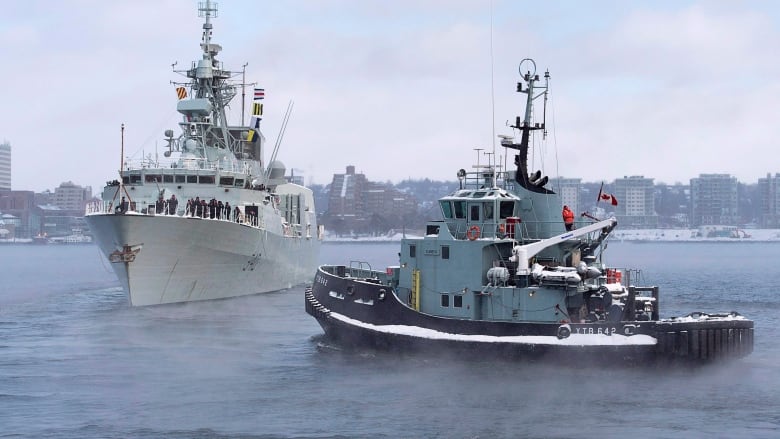 I admirer Mr. Doucette's enthusiasm in his determination to fight this at a different angle!