April 14, 2016.  The Federal Court of Canada has certified Raymond Michael Toth v. Her Majesty The Queen as a class proceedings on March 17, 2016.

Mr. Raymond Michael Toth has been appointed as representative Plaintiff on behalf of the class.  The class action seeks, among other things, a declaration that the deduction of disability benefits from Earnings Loss Benefit (“ELB”).  Canadian Forces Income Support Benefit (“CFIS”) and War Veterans Allowance (“WVA”)  was discriminatory on the basis of disability contrary to s. 15 of the Canadian Charter of Rights and Freedoms.

Michel W. Drapeau and Mr. Joshua  Juneau of Michel Drapeau Law Office (MDLO) have been appointed as class counsel and counsel for any related proceedings.

September 12, 2017
We have now agreed with the Department of Justice to delay the Discovery Process until December 2017. This will provides us with more time to complete our preparations and legal research for this important pre-trial procedure where parties exchange information and documents.

How many  are part of the Class Action. We estimate that approx 20,000 veterans would have received such communication from Veterans Affairs Canada (VAC).

Are some WW II veterans part of the class action suit? The answer is yes. Obvious, those eligible veterans are of an advanced age which is a powerful reason for parties to mediate a settlement at the earliest opportunity.

What is the current status of the Class Action Suit? The Government of Canada, through its agents at Justice Canada has committed to either enter into Mediation or commence the pre-trial Discovery Process in December 2017.

What is the purpose of Discovery? The Discovery Process, which is a prelude to a trial, aims at conducting oral examinations of the representative(s) of the opposing party to discover admissible evidence.

The parties are still at the “Discovery” stage. Parties have now delivered an Affidavit that lists all relevant documents in each party’s power, possession or control.

The parties have yet to agree on a Discovery Plan, however. This should be completed later on this Spring or Summer 2017.

We are receiving a number of inquiries from class members concerning the progress of the Class Action suit. In every instance, we advise that legal proceedings are by their very nature lengthy. Also, very little information is disclosed or discussed publicly by either party until the matter proceed to trial.

Class action suits are the same.

During that pre-trial period, each party is busy preparing for the eventuality of a trial, and/or mediation and possibly settlement negotiations. Whatever, the respective actions of each party are governed by. and only by, the Rules of Procedures established by the applicable Tribunal

Having said that, to the degree possible, we are committed to keeping this website updated to reflect the progress of this class suit so that all members of the class are provided with the same information and at the same time.

Well....the LGBT class action was settled in one year, get on with it JT.

15 days of Parliament 'sitting' remains, not sure if it's on their agenda or will be sorted out behind closed doors within the Department of Justice...but December is upon us.

Watching the MDLO daily for updates!

it will go down the shitter just like the Equitas one.

prawnstar wrote:it will go down the shitter just like the Equitas one.

Watch for an update mid-December.

If Michel Drapeau limits the negotiations and uses the SISIP class as an example where SISIP was getting nowhere with the justice dept lawyer for the longest time until a middle man Tope came in and everything went through smoothly.

Here's the problem today, and it's just my opinion, the ruling against Equitas yesterday was a huge win for the government in more ways then some may realize. The government can use this particular ruling as a set precedent moving forward in many cases against Canadian Veterans. Three judges ruled that the government can do what it wants when it comes to it's disabled Veterans. Veterans now have to live with this set back for years to come, perhaps forever, we don't know.

I hear Equitas still calling for negotiation with the government, after all that has transpired between the government insulting Equitas, the ruling against Equitas yesterday, the last person I would want to negotiate with is the Canadian Government.

How Michel Drapeau handles the ELB case is yet to be seen. So the only thing we can do at this point is to wait for more updates from Michel Drapeau, hopefully he has it well in hand.

What am I missing here?
Once medically released your on your own.
True.
Being dragged through this is a horrible mess "brought to you by IFDK who?"and unlike my fellow brothers and sisters, they are allowed to forget.
Sincerely yours,
The Pension Act.

To all advocates,
Will you be the last one out?
This is for everyone who's willing to join our ranks,
Do your time in the Canadian Armed Forces &
Then maybe you'll be taking seriously as leader of Canada.


Anymore newsfeed on when this announcement will be made, eh? 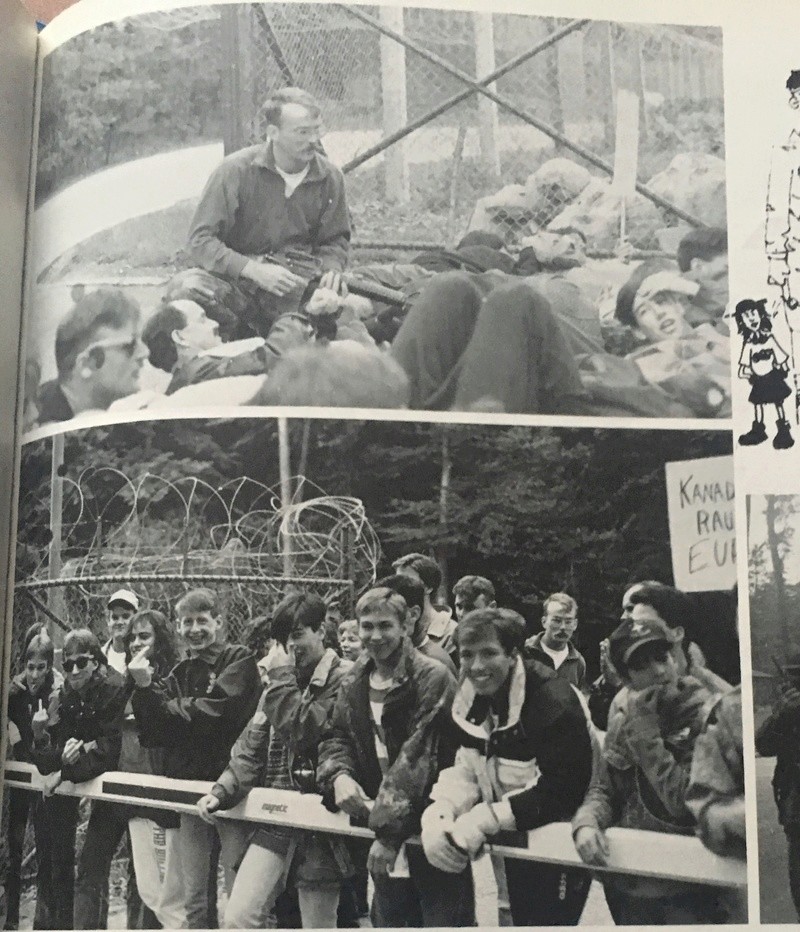 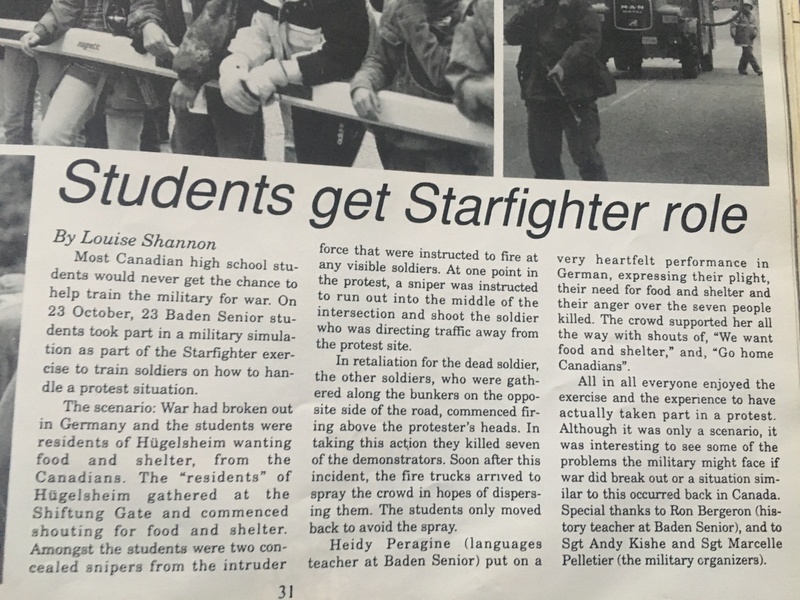 We well understand the hunger for updates on the part of Class members. However, at present, we have nothing noteworthy to report except to assure members that the legal team is working hard and remains very focused on bringing positive results. The motto of my former Corps (RCASC) says it all: NIL SINE LABORE.

Tinz wrote:Well....the LGBT class action was settled in one year, get on with it JT.

15 days of Parliament 'sitting' remains, not sure if it's on their agenda or will be sorted out behind closed doors within the Department of Justice...but December is upon us.

Watching the MDLO daily for updates!

Silence on this is deafening.....

Hi to all on One Voice for Canadian Veterans. I know the group and site is undergoing a growth and constructive phase; although, I am hoping to start drawing much needed attention to an important matter that requires public recognition (social media) and support from all Veterans...the sooner the better. It is the present Federal class action lawsuit regarding the wrongful and unjust claw backs of monthly disability pensions affecting approximately 20,000 Veterans. It is the very same matter (clawbacks) as the SISIP Federal class action lawsuit was except the party responsible this time is not SISIP but Veterans Affairs Canada itself. Any Veteran who receives a tax free monthly disability pension (prior to 2006) and received Earnings Loss Benefits and/or Vocational Retraining from VAC between 2006 -2012 had their tax free monthly disability pensions wrongfully accounted for as earned income and deducted from their total monthly coverage. There were also many other Veterans involved who experienced the same wrongful deductions while receiving services from VAC prior to 2006 dating back many years. The Federal Court awarded the return of the monthly disability pension monies to the Veterans in the SISIP case' although, here we are again fighting for the return of the pensions deducted by VAC itself. The law firm representing the case is MDLO/Michael Drapeau’s law firm. The case: Class Action (Toth v. Her Majesty) Veterans. This class action lawsuit is very important to all the Veterans affected and we would certainly appreciate any and all support, help, and public recognition in this matter. Trudeau stated that no Veterans will have to fight the Government again for the support they deserve yet we find ourselves in another Court battle that continues to be delayed and we are not receiving any details as to why from anyone involved. How many Veterans on this site are part of this law suit; does anyone have any idea what is presently happening and why there is such a need for secrecy surrounding this case? Please help support our fellow Veterans involved by sharing and/or liking the post. Thank you. Cheers!

Class counsel are currently engaged in discussions with the Department of Justice with a view to finding a resolution to the class claims.

Given the size of the two classes, and the diversity and complexity of class members’ claims, the discussions could take some months.

Class Members will be kept informed of significant developments as information becomes available.