Well, I wish him well ... that his political career is over and no pension for his politicking.
Maybe, he can claim that he is a veteran (as of former veteran of veteran affairs).

OTTAWA — Prime Minister Justin Trudeau has accepted Kent Hehr’s resignation from the federal cabinet pending an investigation into an allegation that the sport and disabilities minister made inappropriate sexual remarks while a provincial politician.

Trudeau, who characterizes the move as a leave of absence, says Hehr’s duties will be performed in the meantime by Science Minister Kirsty Duncan.

The allegation, which stems from Hehr’s time as an Alberta MLA a decade ago, were levelled on social media Wednesday night.

Kristin Raworth, a former employee at the Alberta legislature, says when she started her job, she was warned against being alone with Hehr but ended up in elevators with him because they worked in the same building.

Finally, some good news.
Next: vote him out

poor little fella i wonder how he likes it now that he has to fight the system. not many things puts a smile on my face these days but darn i feel happy today.

Sad thing is, that he will have lawyers who are paid by us, taxpayers and veterans, saving his big, fat ....

Here's to hoping that this isn't the Liberal way.
Scary stuff.

"since turned to death threats on social media and email, threatening voicemails left on her work line, and 3 a.m. calls to people close to her, saying they’re going to track her down."

Here's to hoping that this isn't the Liberal way.
Scary stuff.

"since turned to death threats on social media and email, threatening voicemails left on her work line, and 3 a.m. calls to people close to her, saying they’re going to track her down."

With the new laws put in place with social media, and the technology law enforcement's have at their disposal, it is harder today to get away with threatening someone in this fashion. They will get caught.

Is this the liberal way/democracy in its best? My way or we 'will find you'. Probably members of his close circle doing it.
And he was such a compassion driven fellow.

OTTAWA -- Prime Minister Justin Trudeau concedes he, like all political leaders, is struggling to figure out how best to deal with allegations of sexual misconduct against members of his own caucus or cabinet.

He says there's been no rule book handed down to him from the time of Wilfrid Laurier, Canada's sixth prime minister.

"I don't have a rule book handed that's been handed down to me from Wilfrid Laurier as leader of the Liberal Party on how to handle these situations." - Prime Minister Justin Trudeau

Indeed, he says politicians are just now establishing processes and support systems to deal with complaints of sexual harassment or sexual assault, processes which have not existed until recently.

He says politicians are doing the best they can on a case-by-case basis.

Trudeau is offering that explanation in response to questions about why Kent Hehr -- who resigned from the federal cabinet last week pending an investigation into allegations of inappropriate conduct -- is still a member of the Liberal caucus.

Trudeau says those accused of misconduct are entitled to due process to defend themselves, but it's essential to start from a position of believing and supporting complainants. 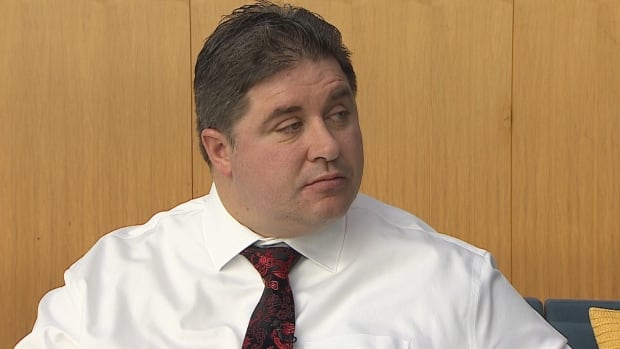 Calgary Centre MP Kent Hehr suffered a seizure and was admitted to hospital but later released. He is expected to make a full recovery. (Colin Hall/CBC)

Calgary Centre MP Kent Hehr was taken to hospital after suffering a seizure due to low sodium levels in the blood.

Hehr was admitted to hospital after suffering the seizure Friday, according to Robyn Crawford, a parliamentary assistant at his office on Parliament Hill.

As a quadriplegic, Hehr's health needs are complex and trips to the hospital are not uncommon, said Crawford.

The Liberal MP is resting at home in Calgary and is expected to make a full recovery.

Hehr resigned Thursday from his cabinet position as minister of sport and disabilities, pending an investigation into allegations of sexual harassment.

He never had seizures when he was insulting veterans and that group of disabled during his 'ministry'.

he got to go after everything he said already and now this on top of it. you can't try to say sunny ways on one hand, then try and protect this sack of #### on another hand.