Sean Bruyea doesn?t look like an enemy of the state but when he leafs through the 14,000 pages of documents that Veterans Affairs Canada have compiled on him, he sometimes gets that impression.

Battling over veterans as the federal election looms 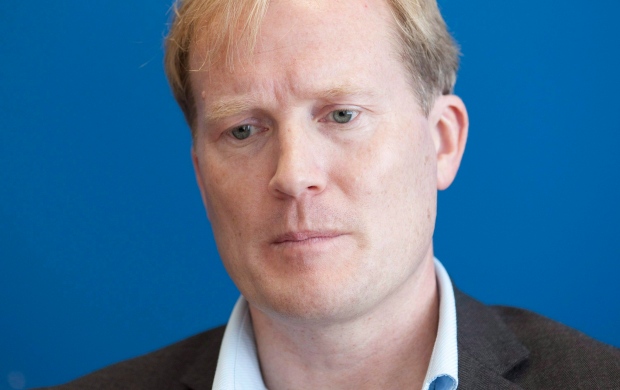 The Peace Tower is framed through a gate on Parliament Hill in Ottawa on January 21, 2016.
By Sean Bruyea

“Why are we still fighting certain veterans groups in court? Because they’re asking for more than we are able to give right now.” And with that, Prime Minister Justin Trudeau betrayed a key election promise for veterans.

Behind the scenes, the Trudeau government also continues a longstanding war on veterans in minimizing or denying access to democracy and due process.

On April 1, 2018, the Trudeau Liberals will implement three new programs for veterans in an effort to yet again revitalize the highly controversial legislation, colloquially known as the new veterans charter. This earth-shattering change in veterans’ benefits passed by the Liberals in 2005, replaced lifelong pensions with one-time lump sums.

The details of these new programs, including an allowance for those caring for the most disabled and an education program for healthy veterans will be discussed in a later article. First, the perversion of democracy that leads up to April 1st.

These programs were first tabled last March in the House of Commons. Before debate could occur, the programs were quietly rolled into the 2017 budget omnibus bill. Sure, the Finance Committee held hearings but the veterans’ component of the bill was never debated and no witnesses were called to speak on them.

Even the Conservatives who deployed the omnibus tactic in 2014 allowed veterans to testify. I was one of the witnesses. I also testified to the same House Finance committee when pre-budget consultations were held in 2016. Little or no positive change resulted but comments were put on the record.

Since that time, the bureaucrats’ hold on this government, and apparently the opposition, has become unbreakable.

The Chair of the House Finance Committee wrote to the Standing Committee on Veterans Affairs (ACVA) on May 3, 2017, referring to the Committee the new veterans’ programs. The Veterans Affairs committee posted the veterans’ legislation on their “Work” page as a study. There it sat until I wrote an email on March 1, 2018 at 3:19 pm asking the Chair and all members when meetings will be held to carry out the study. The clerk politely responded in an email at 5:16pm that since the Committee did not schedule any meetings, the study “will be removed” from the ACVA’s website.

Either my email was not distributed to opposition members or they saw such democratic process for veterans as a trivial concern. I did not receive one response or outreach from a Committee member.

Apparently, bureaucrats have been adroitly briefing Committee members with overwhelming detail and bombast. Not only have Liberal members acquiesced to the bureaucratic agenda of minimal program substance with maximum rhetoric about how much government is doing for veterans. The opposition parties have failed to enlist any expertise or gumption to challenge such bureaucratic bosh.

This allowed bureaucrats to be far more brazen with the regulatory process. First a quick primer. Regulations are the rules created under the authority of laws. Regulations also carry the full force of the law. Considering the importance of regulations, it is surprising that law-makers rarely if ever involve themselves in the regulatory process except when Cabinet signs off on the fait accompli final drafts. All the more reason opposition should zealously stick their nose in the passage of laws in Parliament.

There is one last faint hope for democracy to wiggle its way into this legal sausage factory. Regulations typically allow for public comment, through a Government of Canada website, before the Clerk of the Privy Council prepares the final draft for Cabinet’s approval.

However, Veterans Affairs bureaucrats have been more than devious at ensuring minimal public input into the regulations affecting the new veterans charter over the past 12 years. Twice, bureaucrats posted draft regulations over Christmas holidays and once in the middle of the summer.

This time, bureaucrats didn’t bother with crafty timing. They merely ensured that no public input would be allowed. In two separate emails, Veterans Affairs explained that Treasury Board “exempted” the regulations “from pre-publication”, and then “Cabinet” exempted the regulations from allowing public input. The justification for the exemption: it is “protected under a Cabinet confidence”.

The analysis also notes VAC has a web-based portal “Have Your Say” which allows the broader stakeholder community and all Canadians to share their concerns. However, when one submits a concern, there is no confirmation email and VAC does not publish these comments. Negative feedback can be easily clicked into the recycle bin.

In Orwellian brazenness, the regulatory analysis blithely concludes “given…the absence of major opposition from stakeholders and the general public, it is expected that the regulatory amendments will continue to be well received by CAF members, veterans, families and stakeholder groups.”

Of course veterans deserve far more. Arguably, because veterans are willing to and have sacrificed while in uniform to defend democracy, democracy owes them the most. But who or what will ensure that debt is repaid when politicians and bureaucrats carry on like this?

(Sean Bruyea, vice-president of Canadians for Accountability and author, has a graduate degree in public ethics, is a retired Air Force intelligence officer, and frequent commentator on government, military, and veterans’ issues)

(Sean Bruyea, .....,has a graduate degree in public ethics,." This is a problem. Ethics and politics do not mix well with VAC and our illustrious drama teacher who was found in violation of ethics.

Thanks Sean for your ministry.

The Trudeau government’s
education plan for veterans is
stingy

Opinion: The Liberals promised the first meaningful
reintegration program for veterans in decades. Then,
the bureaucrats got involved So how many other benefits for veterans are going to be taxable by this government?

Veterans advocate Sean Bruyea explains whether he was able to accomplish what he set out to do and what type of support is needed most.

Vets minister sued for defamation in fight over pensions 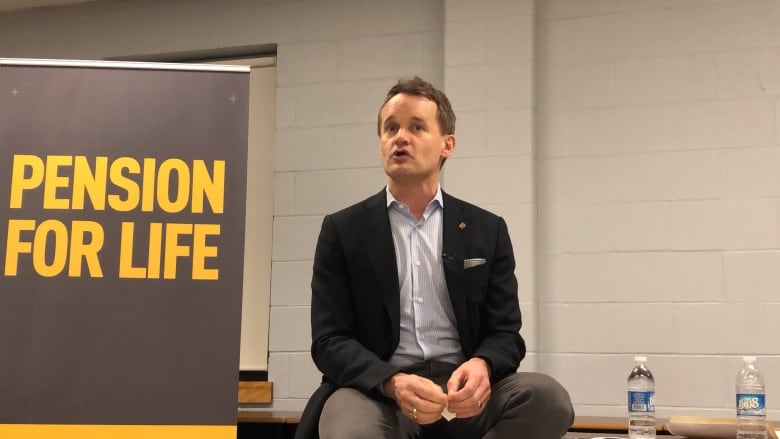