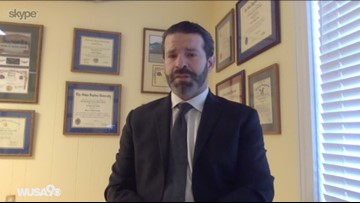 By PJ WILSON, The Nugget 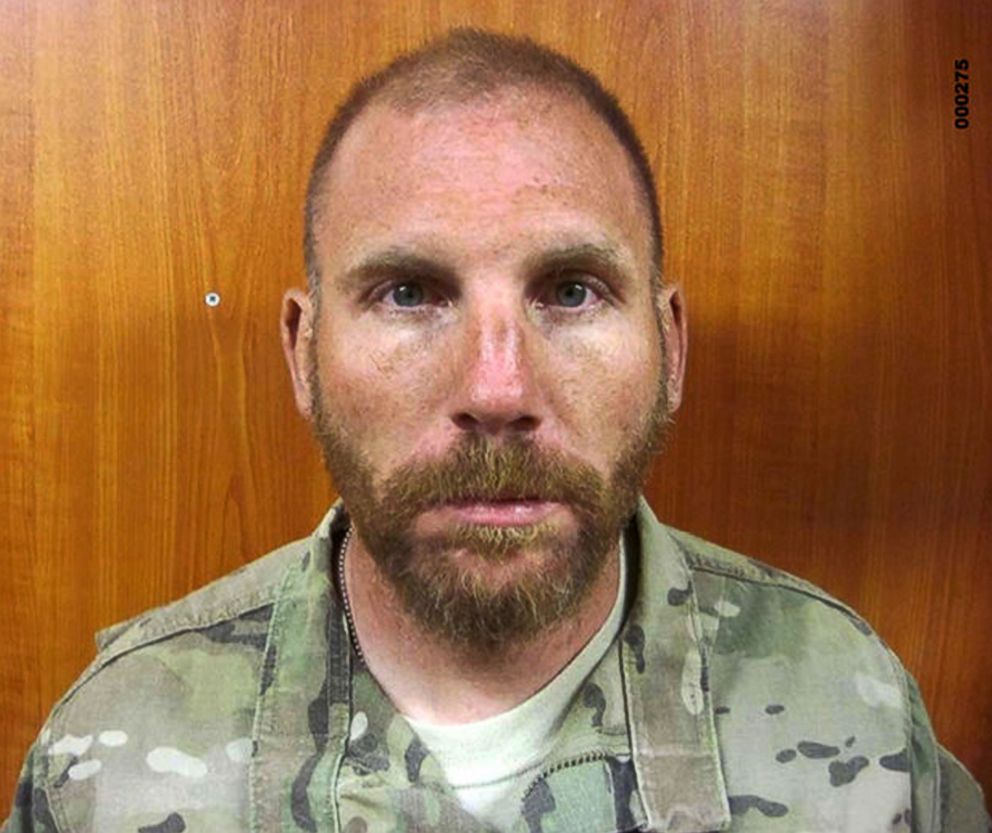 A veteran of the Minnesota Air National Guard is part of what's being called a "hidden epidemic."

(Australia)
The government has backed a call from the opposition to hold a senate inquiry into the use of anti-malarial drugs in the Australian Defence Force.

Medically retired army officer Stuart McCarthy told Sky News that the drugs have been linked to brain injuries and suicides.

Mr McCarthy and other veterans have been lobbying for a public inquiry into the issue for many years.

Aug 10, 2018
For those poisoned by mefloquine, the primary focus of this meeting will be to discuss the pitfalls to avoid and the proper wording to use with your application for coverage through VAC.
If you wish to attend please do send Dr Niven an email.

Aug 17, 2018
We are in the process of commencing a new action against the Government of Canada for non-voluntary use of the drug Mefloquine. We will provide details as the action progresses.

The Quinism Foundation Partners with Lifemark Health Group to Identify Canadian Veterans at Risk from Exposure to the Antimalarial Drug Mefloquine
https://www.prweb.com/releases/the_quinism_foundation_partners_with_lifemark_health_group_to_identify_canadian_veterans_at_risk_from_exposure_to_the_antimalarial_drug_mefloquine/prweb15756221.htm 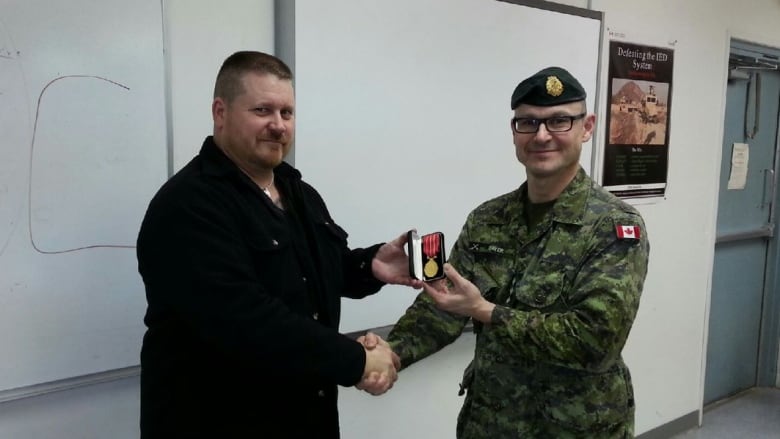 Mark Donlevy, left, is shown receiving his Canadian Forces' Decoration for his military service in 2015. 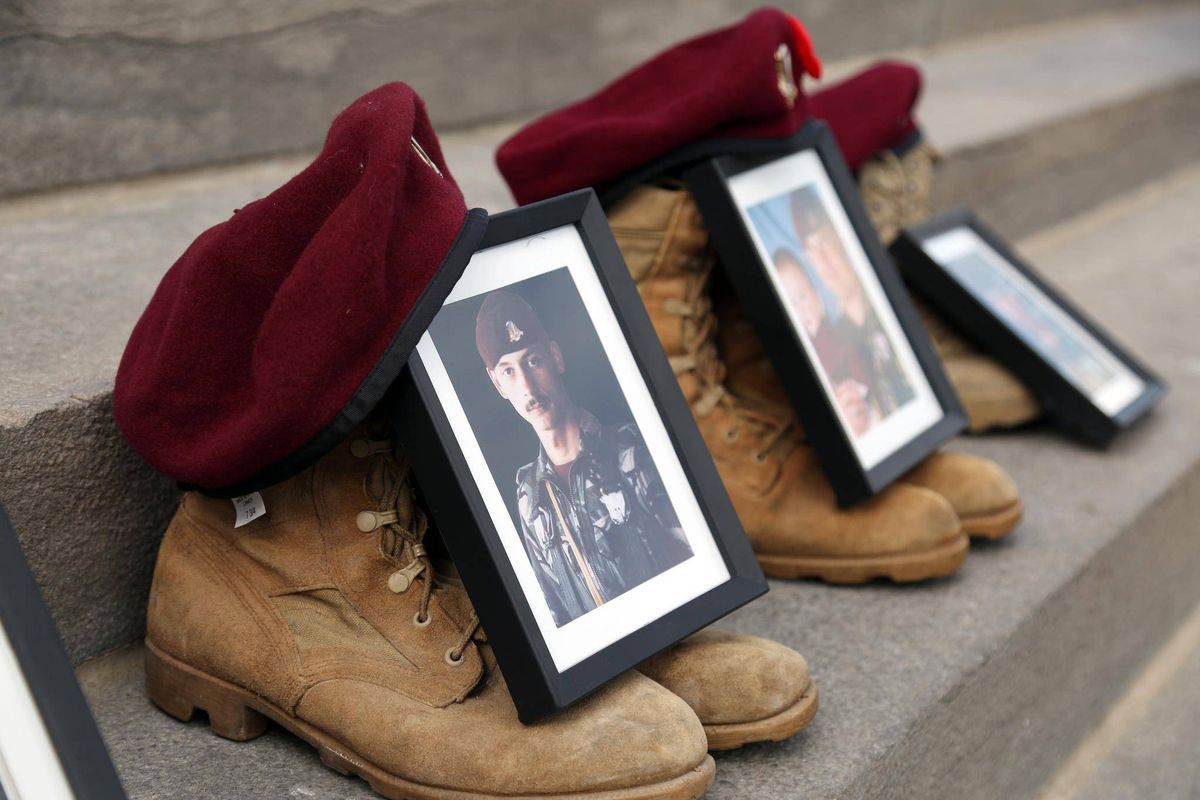 'It stole my life': Veterans to sue gov’t over military-issued drug

Soldiers who took a military-issued anti-malarial drug while deployed overseas are prepared to sue the federal government over concerns that the drug may have caused debilitating mental-health side-effects.

Two law firms say will represent military veterans willing to go to court against the government. Lawyers estimate that thousands of Canadian soldiers may be eligible.

John Dowe served with the Canadians Forces from 1990 to 2000 and took mefloquine while deployed in Somalia. Decades later, Dowe said he’s still dealing with side-effects, including anxiety and insomnia.

“It took everything from me. It took away my ability to be bonded with my family and friends. It stole my life,” Dowe told CTV News.

Soldiers who’ve taken the potent anti-malarial drug have complained of a wide range of side-effects including depression, night terrors, aggressive behaviour and suicide.

Some experts believe that some veterans who took the drug may be misdiagnosed with post-traumatic stress disorder.

Canadian government officials said they cannot comment on the pending lawsuits, but said they are monitoring the emerging science on mefloquine. The lawsuits are expected to be filed in the coming weeks.

While in Somalia, Dowe witnessed a teenage boy get beaten to death by a group of Canadian soldiers who were taking mefloquine. Dowe, who was later diagnosed with post-traumatic stress disorder, believes that the drug was instrumental in the killing, widely known as the Somalia Affair.

Advocates have since pushed for a new inquiry to address what role the drug may have played in the Somalia Affair.

Dowe has since founded the International Mefloquine Veterans’ Alliance, which is pushing for military forces across the world to ban the drug.

“We feel used and abused, neglected, and it’s a horrible feeling to have. It makes me mistrust much in society today because of this,” Dowe said.

Health Canada reviewed the potential risk of the drug and, in a report released last year, found there is “limited evidence” that the drug causes “long-lasting and permanent neurological and psychiatric adverse events.”

The once-a-week drug is still authorized for sale in Canada to prevent malaria.

A large number of Canadian veterans who took mefloquine may be diagnosed with PTSD, but may actually have symptoms caused by the drug, according to Dr. Remington Nevin, executive director of The Quinism Foundation, a non-profit dedicated to supporting research and education on the effects of mefloquine and related drugs.

“I would estimate that certainly dozens and possibly hundreds of Canadian veterans have been told they have PTSD when in fact their lasting symptoms are due to nothing more than mefloquine poisoning,” said Dr. Nevin said.

Lawyer Paul Miller, who is representing veterans in one of the proposed lawsuits, said soldiers who’ve taken the drug have suffered life-altering consequences.

“They are have lost their marriages, their kids, they’ve lost jobs, some are homeless. It is horrible what is happening to them, and they need help,” Miller said.

Mefloquine has been the subject of lawsuits before. In the United States, veterans who claimed to have been harmed by the drug are receiving disability compensation. Earlier this year, lawyers for a former American army sergeant argued in court that the drug caused psychosis that was linked to his massacre of 16 Afghan villagers in 2012.

The sergeant, Robert Bales, was sentenced in 2013 to life in prison without parole. 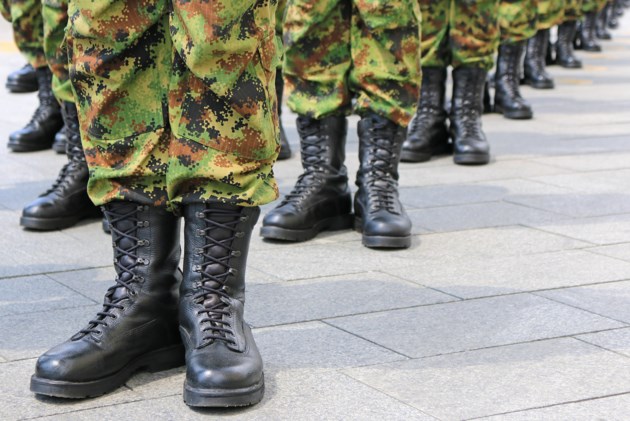 Two law firms are planning to launch lawsuits against the federal government over an anti-malarial drug it issued to soldiers while they were deployed overseas.

The medication in question is called mefloquine and John Dowe said he still suffering from side effects after being ordered to take it while serving in Somalia.

"Long term insomnia, hyper-vigilance, anxiety," he listed. "I couldn't fit back in with society and I couldn't bond with my family and friends. I had to hermit away just to deal with my own symptoms."

Dowe said the drug has been used for many years in the military, including in Afghanistan. He believes some soldiers diagnosed with post-traumatic stress disorder may actually be experiencing symptoms from mefloquine, or a combination of the two.

"PTSD is a diagnosis of convenience in that many of the symptoms of the drug overlap into PTSD-like symptoms ... and general practitioners in Canada are mostly unaware due to the inaction of Health Canada," he explained on NEWS 95.7's The Rick Howe Show.

However, they add their safety review "found limited evidence supporting that long-lasting and permanent neurological and psychiatric adverse events are caused by the use of mefloquine."

It is still authorized for sale in Canada.

Dowe has founded a group called the International Mefloquine Veterans' Alliance, which wants use of the anti-malarial banned in military forces worldwide.

Last year, the Canadian Armed Forces started decreasing its use of mefloquine, now recommending Malarone or doxycycline in its place.

However it is still given to those who can't take those alternatives, who have taken it in the past and haven't suffered from side effects, and those who request it.

Dowe said that has help reduce the number of soldiers who are being given the drug, but he hopes the lawsuit will bring about additional changes.

"An outright ban, acknowledgement, outreach and compensation," he said.