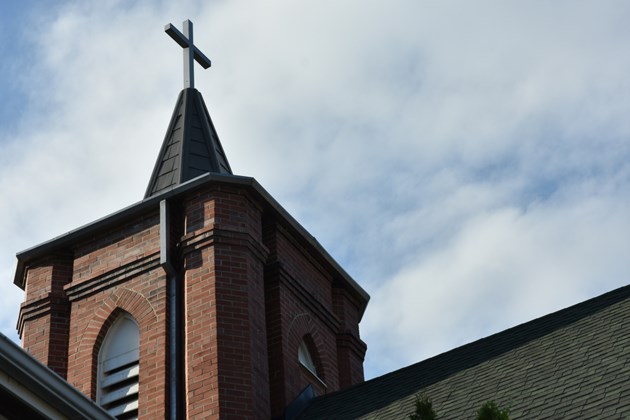 White poppies are growing in popularity in the U.K. Will the trend catch on in Canada? Tony Margiocchi/Barcroft Media via Getty Images

For years, the red poppy has been the primary symbol for those honouring war veterans on Remembrance Day and beyond.

But there has been growing support in the United Kingdom for a white poppy to be worn — something that advocates say “broadens” the conversation around war.

Thousands of white poppies were worn across the U.K. last year, with more workplaces and schools offering the pins.

Notably, the British chapter of the international organization St. John Ambulance announced this year it will allow volunteers and workers to wear white poppies.

Across the ocean, some advocacy organizations are urging that Canadians don white poppies, too.

Canadian Voice of Women for Peace (VOW Peace) is one of those organizations. But there are several others doing the same coast to coast.

What exactly do white poppies stand for?

Lyn Adamson, who is the national co-chair of the women’s group, told Global News that white poppies are slowly growing in popularity in Canada. About 1,200 of the pale, homemade flowers were distributed in 2016 in advance of Remembrance Day.

She explained that they are worn to acknowledge that many civilians are also killed in war.

“Red poppies are generally for the veterans, white poppy is recognizing that in fact the majority of deaths in war are civilians,” she said.

“It’s broadening it out to be more inclusive of all of the victims of war.”

She explained another purpose of white poppies is emphasizing that peace is always the better avenue.

“It is to express our commitment to work for peace, which would protect the lives of people in the future whether they are in the military or civilians. What we want is a peaceful future.”

Peace Poppies, a Vancouver-based group that advocates for Canadians to wear the white symbols, explains on its website that they also encompass the environmental devastation wars can cause, and “reject war as a tool for social change.”

While the history of the red poppy can be traced back to the Napoleonic Wars in the 19th century, it was first adopted as a symbol of remembrance in Canada in 1921, six years after Lt.-Col. John McCrae of Guelph, Ont., wrote about the blood-red flowers that grew over battlefields in his poem, In Flanders Fields.

The white poppy emerged as a symbol of peace in 1933 when the Women’s Co-operative Guild in Britain was searching for a way to show their members were against war and for non-violence.

Adamson explained that Canadians may find one of her organization’s members — or other similar groups — handing out white poppies in public spaces in the coming days.

Peace Poppies’ website adds that Canadians who want to wear a white poppy can order them online or make their own.

One group you won’t see handing out white poppies is the Royal Canadian Legion.

The organization, which oversees the distribution of red poppies in Canada, declined to comment on white poppies in a statement to Global News.

Instead, the email statement focused on the red poppy, which it described as an “all-encompassing remembrance symbol.”

The organization, which represents 275,000 veterans and distributes millions of red poppies every November, has been much more outspoken on the issue in the past.

The legion has called the white flowers — some with the word “peace” appearing in the centre — an insult to veterans and a possible copyright violation because the legion owns the trademark on the poppy.

In 2010, the legion threatened to launch a lawsuit to stop the alternative poppy drive.

That has prompted other groups to be hesitant in adopting the peace symbol.

In a statement to Global News, the Canadian chapter of St. John Ambulance said it won’t follow the lead of its British counterpart in allowing the white poppy.

“We would not authorize the wearing of the white poppy until it is approved to wear on uniforms by Canadian Forces,” the organization’s CEO, Jerry Rankin, said.

“We continue to encourage our members to wear the red poppy as an outward sign of our respect and support for the brave men and women that serve, and have served, our country.”

Adamson explained that VOW Peace reached out to the Royal Canadian Legion to sort out the disagreement years ago, but it didn’t work out.

“We thought we could work together, because honestly for everyone, preventing future wars should be a common element,” she said.

She noted though that the white poppy is not meant to replace the red poppy — nor is it meant to be disrespectful.

“It’s not meant to be disrespectful at all. Many people wear both the red and white poppies together. It’s all about how we have a future that’s good for our kids.”

— With files from the Canadian Press

Since 1921, the poppy has been a symbol of remembrance to honour soldiers and military personnel who have lost their lives during war and other combat operations. 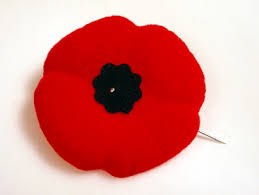 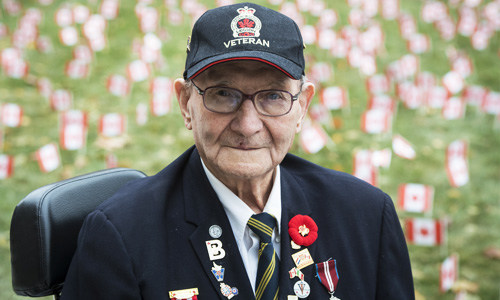 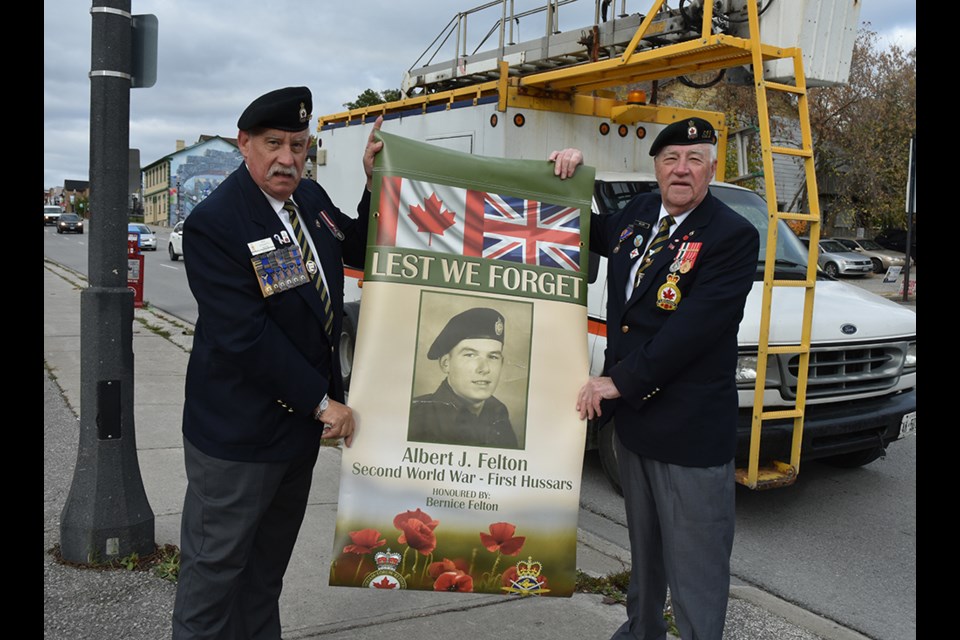 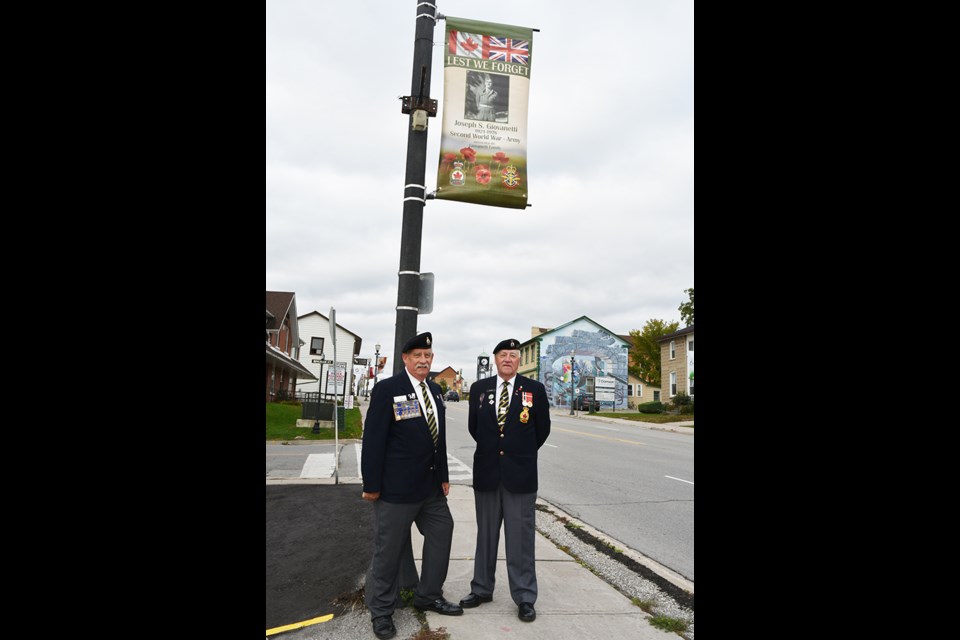 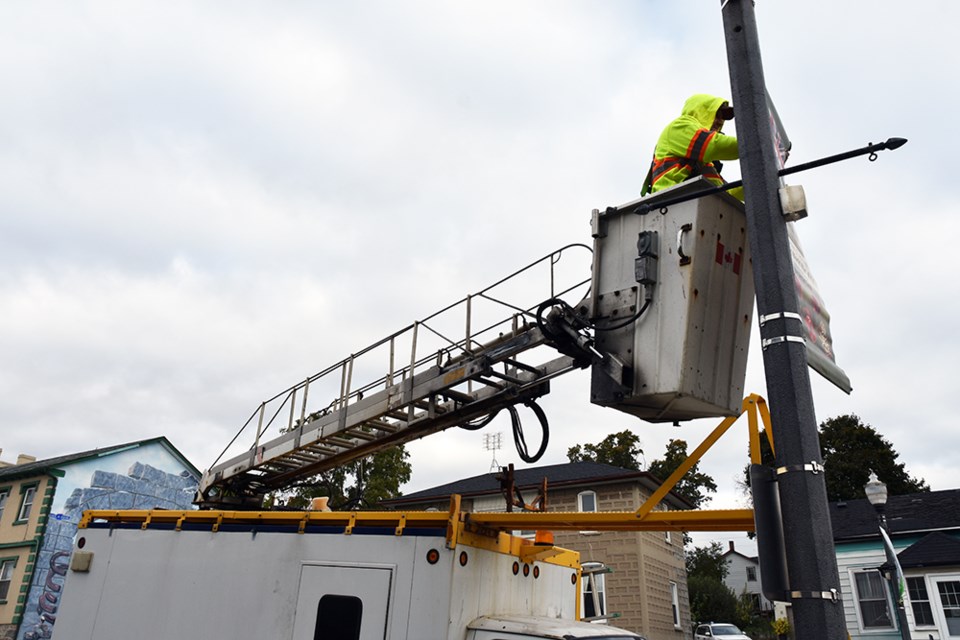 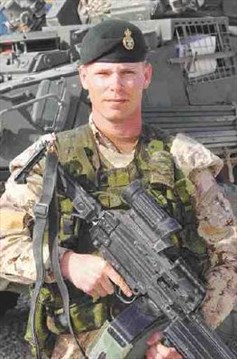 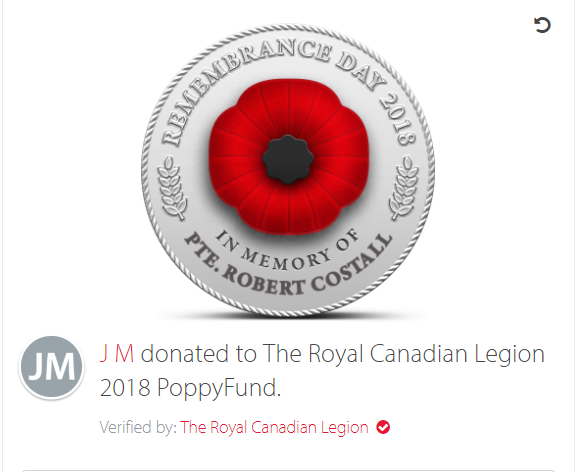 Several honour plaques have been stolen from the Flags of Remembrance memorial along Windsor’s riverfront.

Ten red plaques shaped like a maple leaf went missing in early October, exactly a year after nine were stolen last October. The 10 hero plaques were attached to Canadian flag poles up between Dieppe Park and the bridge.

Terri Davis-Fitzpatrick, the local Veterans Voices of Canada coordinator, doesn’t understand why someone would stand up on the railing and cut the plastic ties off.

“They took the tie wraps out of the plaques, threw those down and probably threw the plaques into the river is what I’m thinking,” said Davis-Fitzpatrick.

Davis-Fitzpatrick said an anonymous man, whose father is an Essex-Kent Scottish Regiment veteran, has stepped up with a $250 donation to replace the plaques.

“We here at Veterans Voices of Canada are very grateful for his donation and the people of Windsor have always stepped up to the plate,” she said.

Davis-Fitzpatrick said the goal is to educate students about veterans to prevent further vandalism at the memorial and keep their legacies alive for future generations.

“Maybe that will avoid this from happening in the future, if our youth is educated about what our service men and women did and the sacrifices they made for our freedom,” Davis-Fitzpatrick said.

Plans are underway to build metal fasteners to permanently secure the plaques to the 128 Canadian flags poles.

Each sponsored plaque pays tribute to a Canadian veteran.

The flags represent 128,000 Canadians killed and missing in action.


Melanie Edgell felt a sense of pride being able to tell the story of a former TTC employee and his trials during the D-Day battle in Normandy.

The 10-year-old was part of a group of students from Davisville Public School who joined Canadian veterans of war and peacekeeping missions at the North York Centre subway station on Friday to launch the annual Royal Canadian Legion and TTC poppy sales campaign.

Melaine told the story of Sgt. Ceril Hutchinson from a letter about D-Day with a bagpipe theme.

Hutchinson wrote the the sound of a bagpipe could be inspiring or drive one up the wall. But on the night of June 6, 1944, a bagpipe was heard playing on the battlefield, which drew loud cheers.

“When the Germans heard the bagpipes, they knew their rein was over,” Melanie read.

She said, “it meant that even though the war was going on when the troops heard the bagpipes it fueled the attack on the Germans…these are people who made a sacrifice for the rest of Canada and it’s cool to meet some of them.”

Sheldon Lawr who served in both France and Belgium pins a poppy on Dea Rexasha,10, during the launch of the Toronto Royal Canadian Legion’s annual TTC Poppy Campaign at North York Centre Station in Toronto on Friday October 26, 2018. (Dave Abel/Toronto Sun/Postmedia Network)

Richard Ratcliffe, who was in the Canadian Navy for 30 years, fought in Korea, and is the president of the Sunnybrook Hospital resident council, was one veteran on hand who pinned poppies on the students after a ceremony.

“I think they are proud and realize we are all one country. Having them here means something and emphasizes that it was all worth it. When you see kids like this you know our country is in good shape,” Ratcliffe said.

The Legion and TTC poppy campaign is a reminder to never forget the veterans and those those who lost their lives in conflicts, said TTC CEO Rick Leary.

During the Second World War, 600 TTC employees left their jobs to enlist and a dozen were killed.

Leary said that is one reason why the TTC pauses all service on Remembrance Day, Nov. 11, at 11 a.m. to honour those who died in service of Canada.

On Remembrance Day, all TTC buses and streetcars will carry a sign reading, “Lest We Forget”.

Also on Nov. 11, all members of the Canadian Armed Forces in uniform and veterans wearing military service medals will ride for free along with a companion.